After a ridiculously long wait, Johnshaven Stores' new railings were finally fitted yesterday.  We commissioned Jim Shears to make them eons ago and went to see the largest section at his blacksmiths forge in Auchtermuchty when it had been completed two whole years ago.
Since then we've struggled to get the steps built.  You wouldn't believe how ridiculously difficult this was - to cut a long story short, finding a manufacturer to actually make them was a nightmare.  In the end we found a company near Banchory who cast them and they were finally fitted in the summer.
In the meantime the beautiful railings had become very rusty and Jim was having to store them.  He couldn't make the smaller sections until the steps were in place and he could take accurate measurements.
However, they are now complete.  They have been galvanised to protect them from the harsh salty air, and we are leaving them silver for the time being at least.  Eventually they will dull down and may end up being painted, but we're holding off on that for as long as possible.
I hope you agree that they were worth the wait! 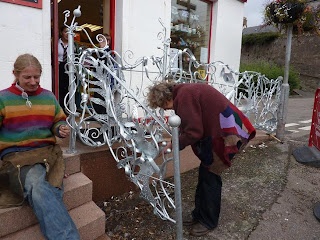 Jim having a sit down 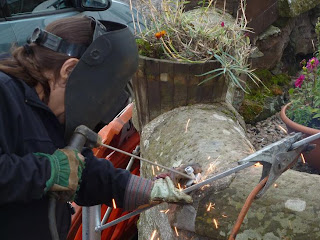 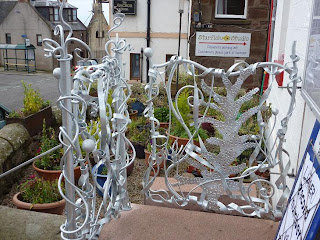 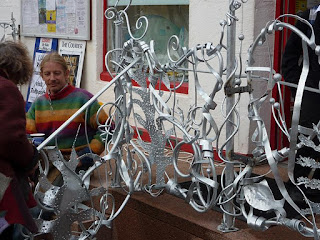 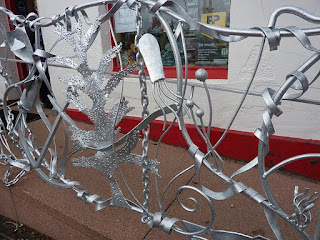 If you need a reminder as to why we needed new railings, look at these pics! 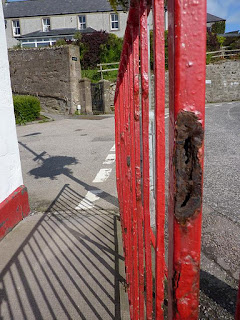 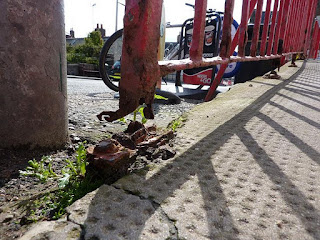