Today a fascinating exhibition opened in the Village Hall.

A Traik Through Time has a vast display of photos of Johnshaven organised street by street.
In most cases they are in pairs - an old photo above a modern one taken from the same viewpoint to show what has changed.

It has been organised by Clark Simpson and Christopher and Walter Adam.
Clark has written a book to accompany the exhibition which is being sold in aid of charity. 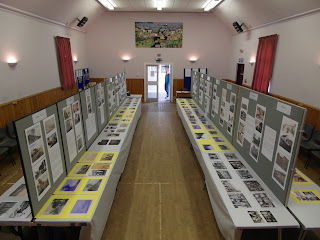 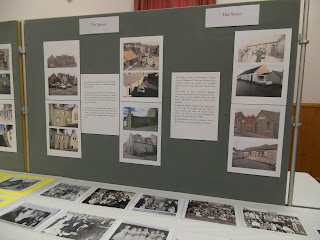 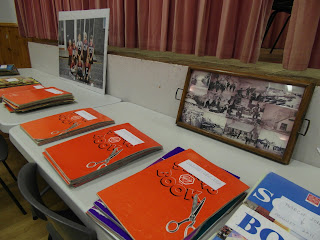 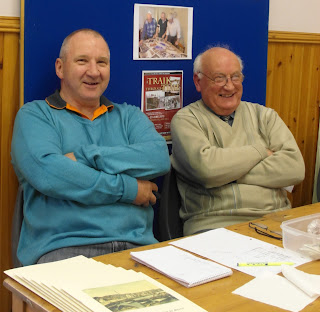 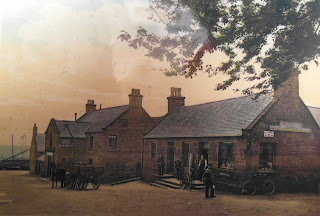 This great photo shows Johnshaven Stores (then called Lyon's) and the Anchor Hotel.